Mayor Bill Saffo recognized state Representative Deb Butler for being a tireless advocate for the City this past year.  He cited legislation that Butler introduced in the General Assembly, including bills to expand electric vehicle infrastructure, the detection and reporting of PFAS and other industrial waste and ensuring polluters pay for their actions.

Saffo also praised Butler for advocating for the state’s film industry, which just had its most successful year ever, totaling over $400 million in spending statewide.  Additionally, Saffo praised Butler for voting against a bill that would have stripped local governments of the ability to regulate short-term rentals.

“It is truly an honor and a privilege to represent this community. The job is not always an easy one but is always one that enriches and builds my spirit. When I walk my community and feel it’s welcoming spirit, I know that I am in the right place doing the work I was intended to do, bringing me such fulfillment,” Butler said. 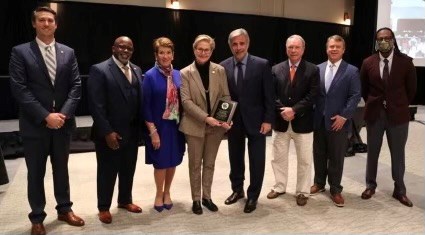